“The price for the same scooter was double at all the other medical supply stores I checked!”
– Laurel – 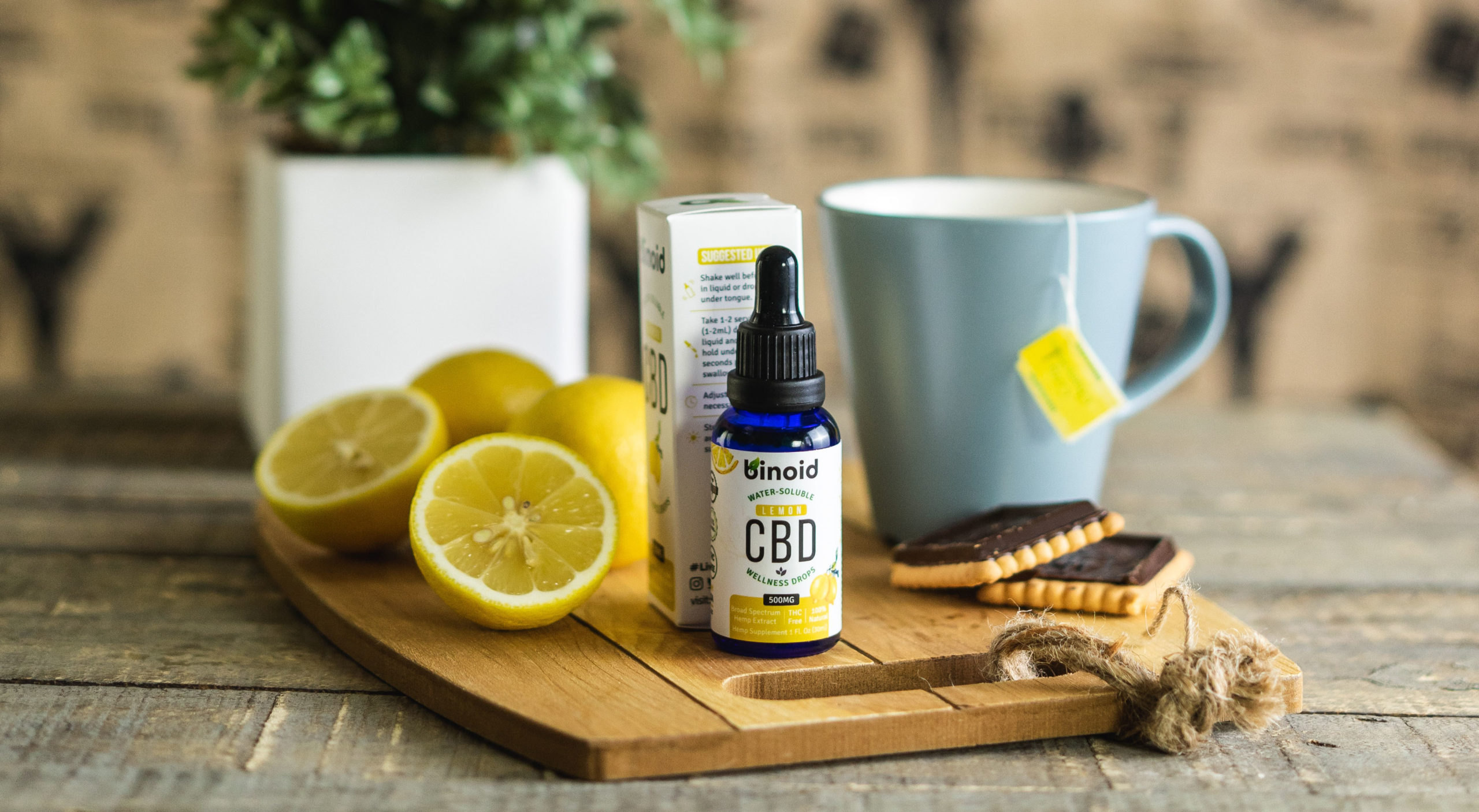 Cannabis for Seniors: A Scientific View of the Pros and Cons

The current generation of seniors who are 65 years or older grew up knowing that marijuana is the “devil’s drug.” So, it is surprising that seniors form the fastest-growing segment of cannabis adopters in the past few years.

Of the seniors who are currently adopting marijuana for medicinal use, about 75% of them had never tried it before. This open-mindedness and willingness to try new remedies is driven by the massive pro-cannabis information campaigns that are going on. Most importantly, these seniors are attracted by the potential health benefits of medical marijuana.

However, seniors should not rush to replace their pain killers with CBD unless they have enough information about cannabis and its health effects.

Health Benefits of Cannabis for Seniors

Scientific research still hasn’t caught up with the increased prevalence of cannabis use among seniors, but a lot of work is ongoing. So far, cannabis has been shown to have a wide range of medical benefits in the management or treatment of conditions such as arthritis, neuropathy, cancer, Parkinson’s, as well as psychiatric conditions such as anxiety and depression.

The most common use of medical marijuana is in the treatment of pain associated with diseases such as cancer or arthritis. In one large study conducted consisting of 2736 patients over 65 years, 93.7% of the respondents reported improvement in their pain and cancer.

The patients who used cannabis for pain relief reported a reduction of pain from a median 8 on a 0-10 scale to a median 4. Within six months of use, 18.1% of these patients stopped using opioid painkillers due to their improved condition.

Given that seniors are more susceptible to chronic pain, studies like these will go a long way to reveal how cannabis extracts in the form of CBD can help to replace the use of opioids for pain relief.

In another study that was presented before Congress on the Health Effects of Cannabis and Cannabinoids, the researchers concluded that there was “substantial evidence” that some cannabis products are effective for treating chronic pain in adults. The report refers to the use of CBD extracts in the form of topical oils, edibles, and other forms of CBD for pain relief.

Conditions such as Parkinson’s disease and dementia result from a loss of function in various parts of the nervous system. They lead to a decline in motor functions and cognitive ability, but cannabis products such as CBD can help with managing such conditions.

CBD is a good candidate for the treatment of such conditions because it interacts directly with the endocannabinoid system in the body, which runs alongside the nervous system. Together with its anti-inflammatory properties, CBD can significantly reduce the progression of such conditions.

A popular video has been going around of Larry, an elderly gentleman who was introduced to the use of medical marijuana for his Parkinson’s disease. Within minutes, his motor functions are shown to have vastly improved and Larry is able to relax and calm down.

The case of Larry shows that medical marijuana indeed has many benefits in neurology and psychiatry for seniors. Most of these studies have been observational, but so far the evidence is very strong in favor of CBD and medical marijuana.

Seniors are also using psychoactive (those that cause a high) variants of cannabis due to the mood-enhancing benefits it offers. Since they are more prone to feelings of loneliness, anxiety, and depression, the calming and uplifting effect of cannabis can be highly beneficial.

From seniors who straight up smoke joints of marijuana to more conservative ones who use CBD extracts, the “feel good” aspect of cannabis is well documented. THC, one of the active compounds in marijuana, interacts with the nervous system to produce feelings of euphoria and happiness that can be highly beneficial.

More importantly, cannabis and its extracts help promote a feeling of calmness and relaxation that leads to a better quality of sleep. It forms a natural way for seniors to sleep more regularly and for longer without the use of pharmaceutical drugs, especially when they first help to alleviate pain.

Other Benefits of Cannabis

In addition to the three major health benefits of marijuana use among seniors, there are many others for whom scientific research is still ongoing. These include:

Health Risks of Cannabis for Seniors

There are some health concerns regarding the use of cannabis by seniors. Most of the worry is due to the lack of scientific studies to prove or disprove theories on its negative health effects. However, the national study conducted by the National Academy of Sciences

Smoking cannabis on a long-term basis increases the symptoms of respiratory conditions such as coughing, wheezing, production of phlegm, and attacks of chronic bronchitis. This is why most seniors opt for alternative methods of ingesting cannabis and its extracts.

There is some worrisome evidence linking the use of cannabis with various cardiovascular conditions such as heart attacks, stroke, and arrhythmia. In short, the risks involve increased blood pressure associated with psychoactive forms of cannabis, which could potentially increase the heart rate and pressure on blood vessels.

In addition, smoking cannabis leads to various problems caused by the inhaled smoke such as coronary vasospasms and platelet aggregation. Studies on this field are still ongoing, but using alternative means of ingesting cannabis products could solve most of these issues.

Effect on Motor and Cognitive Functions

The psychoactive effects of cannabis also reduce motor and cognitive functions, which have been linked to more frequent falls, car accidents, and other events. It also causes short-term impairment in memory, attention, and learning functions if used in high quantities.

A particularly worrying effect of cannabis among seniors lies in how it interacts with pharmaceutical drugs, many of which these seniors are already taking. Since it interacts with the same receptors in the nervous system, it could change how drugs such as blood thinners work, leading to higher chances of bleeding.

Drugs associated with stress, depression, anxiety, and various neurological conditions also interact with cannabis or its byproducts. This is why seniors should always let their doctor or caregiver know if they are using cannabis, and particularly before treatment or surgery.

Cannabis can also cause various short-term side effects depending on the mode of ingestion. These include fatigue, dry mouth, diarrhea, and drowsiness.

Elderly people have proven to be very enthusiastic about cannabis and its potential benefits. With proven scientific evidence that it can help with pain relief, mood alteration, and various other problems affecting seniors, a lot of them are talking to their doctors about medical marijuana.

However, doctors are worried about the use of cannabis among seniors due to a lack of long-term foundational research. Most of the current studies focused on younger people, but the physiological makeup of young adults and seniors is very different.

Ultimately, the solution is to ensure that seniors take medical cannabis under the direction of a doctor to monitor against any adverse effects. 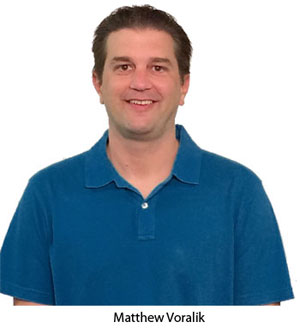 Matthew Voralik grew up working in the brick and mortar store after school and during the summers. When most boys his age were playing video games, he was assembling wheelchairs and hospital beds and showing people how to use all the things they sold in his dad’s store. Today he does the same thing for his online customers. This also makes America Discount Home Medical uniquely qualified to select and recommend the best products for our customers.

★★★★★
“Thank you for your help and great prices! You will be getting all of my business.
5
- Jill E. Middleville, NY
See more reviews